The Sri Lanka Football Premier League (currently known under its sponsored name Dialog Champions League) is a Sri Lanka professional league for men’s association football clubs. At the top of the Sri Lankan football league system, it is the country’s primary football competition. Contested by 18 clubs, it operates on a system of promotion and relegation with the Division I.

The tournament was conducted in various formats.Apart from the league system a playoff stage was included in 2013–14 season.Currently 18 clubs are participated in the tournament.Saunders are the most time champion with (12) titles.Rathnam have won the title (5) times and Renown (4) times and Colombo (3) times.In recent times different clubs have able to win the championship title. Colombo FC have won last three championships. Namely, 2015/16, 2016/17 and 2017/18. 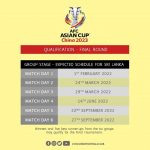 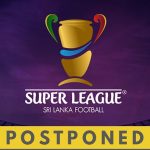 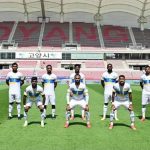 Sri Lanka Make History, through to the AFC Asian Cup Final Round

This error message is only visible to WordPress admins