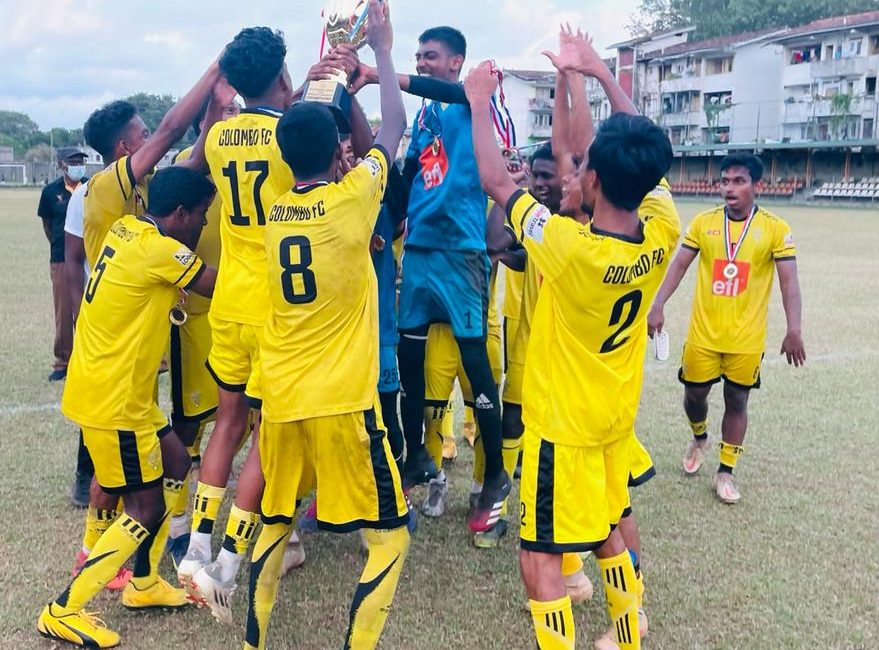 Colombo FC B team, faced Colombo veterans in the City Football B Division tournament, after a close contested game against Java Lane at the semi finals.

The Colombo cubs opened up the game in style , with the No. 09, Fidhyan dribbling past the Colombo Veterans defense. He won and scored a penalty in just the 8th minute which gave the young cubs the lead. Colombo FC spirits were high and the pressure was on for the Veterans as they conceded an early goal.
Just few minutes before the halftime, Colombo veterans replied with an equalizer, a beautiful outside-foot curler by the Colombo Veterans winger.

The whistle for the second half was blown and both teams attack with great vehemence.
Chances kept knocking at both teams but both sides fail to convert. A goal-less half for both sides and the referee blows the final whistle.
The game is taken to penalties in which Colombo FC shot-stopper, Hafeel scores the winning penalty to make Colombo FC the champions of the City Football League B Division tournament!