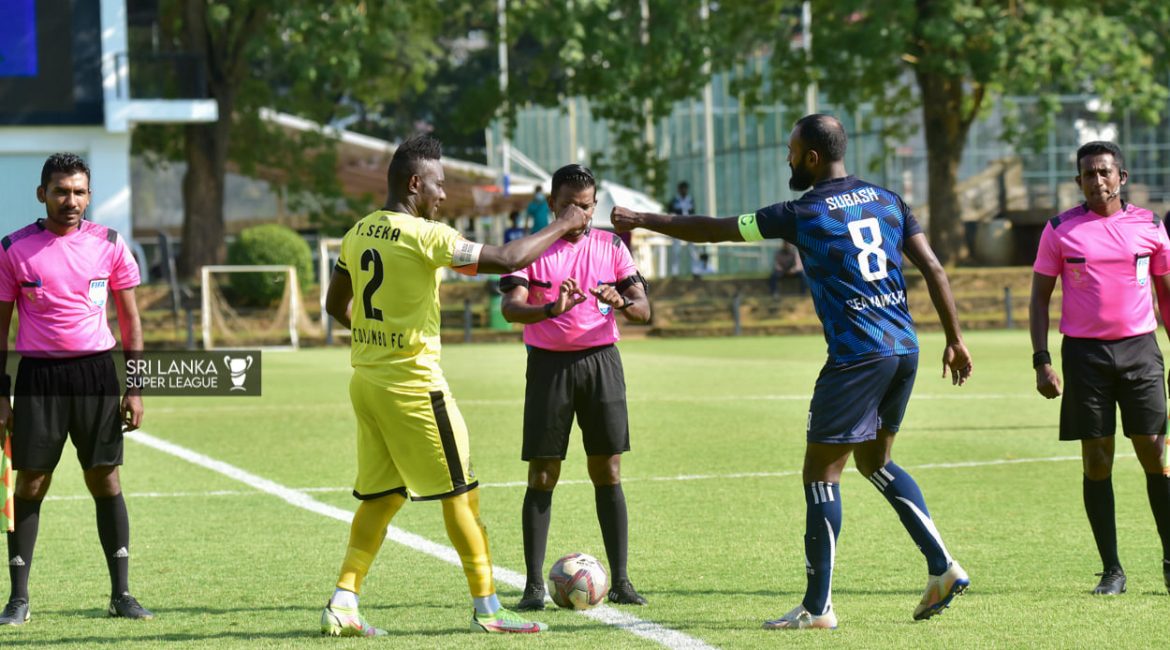 Colombo Lions concluded the Super League as the 1st runner up after facing a defeat against Sea Hawks. The final day of match day had 2 decisive games played at Racecourse and Sugathadasa. Bluestar SC took on Blue Eagles while Colombo had to face Sea Hawks at Racecourse Stadium.

It was Colombo who kicked off the game with a positive approach, knowing that it was a must win game for the Lions while Sea Hawks looked threatening after coming to the game hoping to take away 3 points.

Aakib Faizer scored the opening goal of the game and Colombo looked more closely on doubling the lead through Bodric Dimitri, but unfortunately he was found Offside.

Seahawks got back to the game with an equalizer in 38th minute.

Colombo nearly had a great chance to double the lead once again but Dimitri’s attempt was invain as the ball hit the woodwork.

Sea HawksSea Hawks took the upper lead of the game from a penalty. Chalana’s touch at the edge of the box was called in for a penalty. And they doubled the *score* to secure the game.

Chances did come in for Colombo in the latter end for the game with Seka scored the 2nd goal for Colombo Lions.

At Full time, Colombo ended the game with the 2nd Defeat of the season also slipped to the 3rd position.