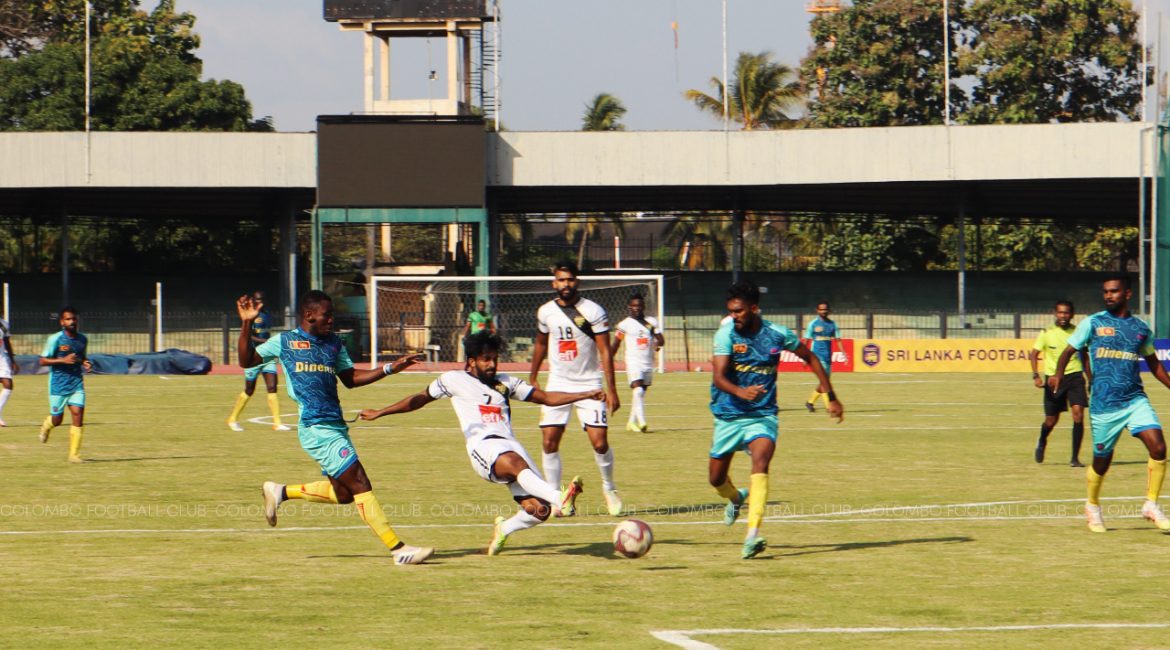 The Lions Derby was pushed back by a week due to the covid was played at Sugathadasa Stadium on 29th December as the first game of the evening. This was a certainly bigger game amoung the fans as both teams are two popular football clubs in recent times. Colombo FC won against UCLFC during the preseason 3-1 back in February this year.

Up country lions approached positively to the game holding on possession. Imran was tested out couple of attempts who managed to pull some incredible saves. UCLFC scored the opening goal through a corner in the 20th minute. Colombo responded through a great individual brilliance by Aakib leveling at 30th minute.

Upcountry Lions came back strong in the 2nd Half where they scored their 2nd thanks to a set piece in the 63rd minute. Things looked slipping away for Colombo but the team’s incredible resemblance of the club motto ‘Never Give Up’ was show cased until the last minute where Bodric Dimitri equalized at the 95th minute and Aakib scoring the wonder goal at the 96th minute to take home the game.

Chamod Dilshan and Aakib Faizer were booked in this game.

Colombo now moves back to the top of the table temporarily.