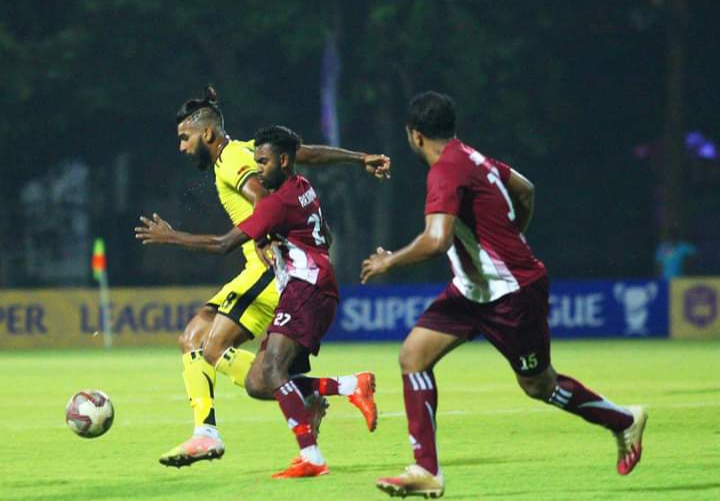 In the 4th match of Game week 5, Colombo FC took on the young Ratnam outfit in search of the 3rd win in the going Super League 2021

Colombo started off with a good start, the team playing in 4-4-3. Chalana and Abdul Basith were starting replacing Siraj and Charitha. Things did go as planned for the boys in yellow who kept dominating inside the Ratnam half throughout out. Number attempts taken fell short despite the team retained the ball in possession

After the break, Colombo went on to dominate play, with a wonderful goal from Chamod again who completed his 1st Hat-trick for the season in the 54th minute.

Ratnam did show a fight back after they got an opportunity to open their account through a counter attack however Imran kept it cutt off.

In the 64th minute, Aakib went on to score the 4th with staggering pace which sealed the game. Shabeer Razooniya who subbed in for Olu Akofe during half-time almost had the great chance score the 5th but the shot went wide.

Ratnam scored the consolation goal through a penalty in the latter end of the game. Colombo managed to earn a well deserved 3 points at the end of the game