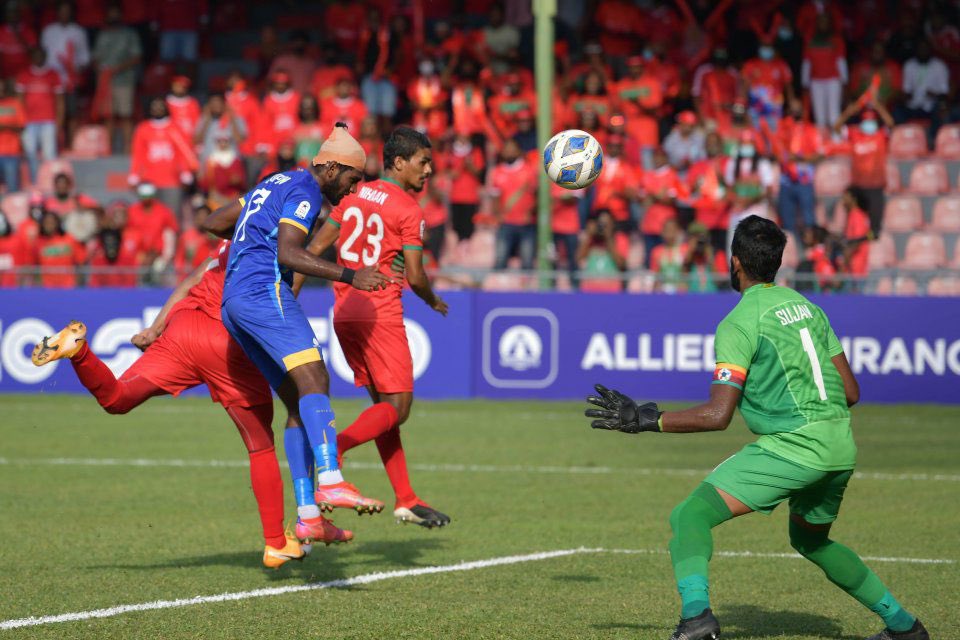 Sri Lanka’s final game in the SAFF Championship 2021 campaign was played against the Hosts Maldives at Male Stadium. The early evening kick off had almost a packed full house of Maldvians colored in red backing the Redsnappers.

After the Indian game, Sri Lanka who looked to continue the optimistic momentum nearly had the chance going 1-0 through a Header from our Chalana, was called Offside.

In response, Maldivians struck back through an open play in the 7th minute. Ali Ashfaq, Sri lanka’s nemsis was yet again the culprit to give Maldives their lead.

Sri lanka did look more improved throughout the game having accuracy in passing and good attempts of goal which was not seen previously. Signs of improvement is important and key for the Lankan Lions who have had not much of success in the pass years.

Golden Army ends this campaign in 5th position in the table however would take on positives in each game they competed. The draw against India, the competitive games against Nepal and incredible fight vs Maldives and Bangladesh are surely great signs for the new future of Sri Lanka Football.