Colombo FC Academy is Back !!

Great news to all the football enthusiasts as Colombo Football Club announced the return of the Colombo FC Academy. The Academy was previously halted after the 3rd wave took over the island.

The Academy will continue on the 7th of August under strike health guidelines issued by the health ministry.

Colombo FC Futsal Court will be the permanent location for the academy. 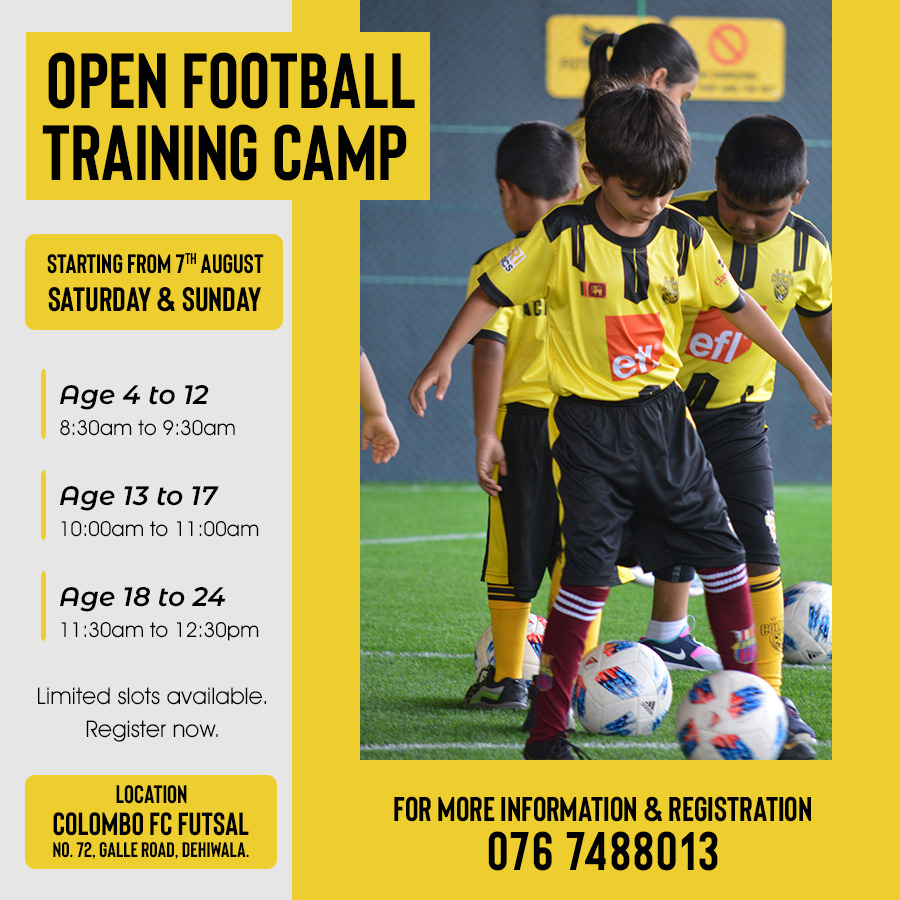 All programs will be conducted by an experienced panel of coaches headed by club’s gaffer M.H. Roomy.