Football Sri Lanka in their latest press release informed all clubs and stakeholders that the remainder of the halted Super League which was to resume on July 2nd has been officially postponed.

With the prevailing situation in the country has not helped the clubs to recommense their training and with the National Team still haven’t been released from the camp after they arrived from Korea week back.

Discussions with the Clubs and Organizing Comittee is expected go during the upcoming weekend over possible return dates. 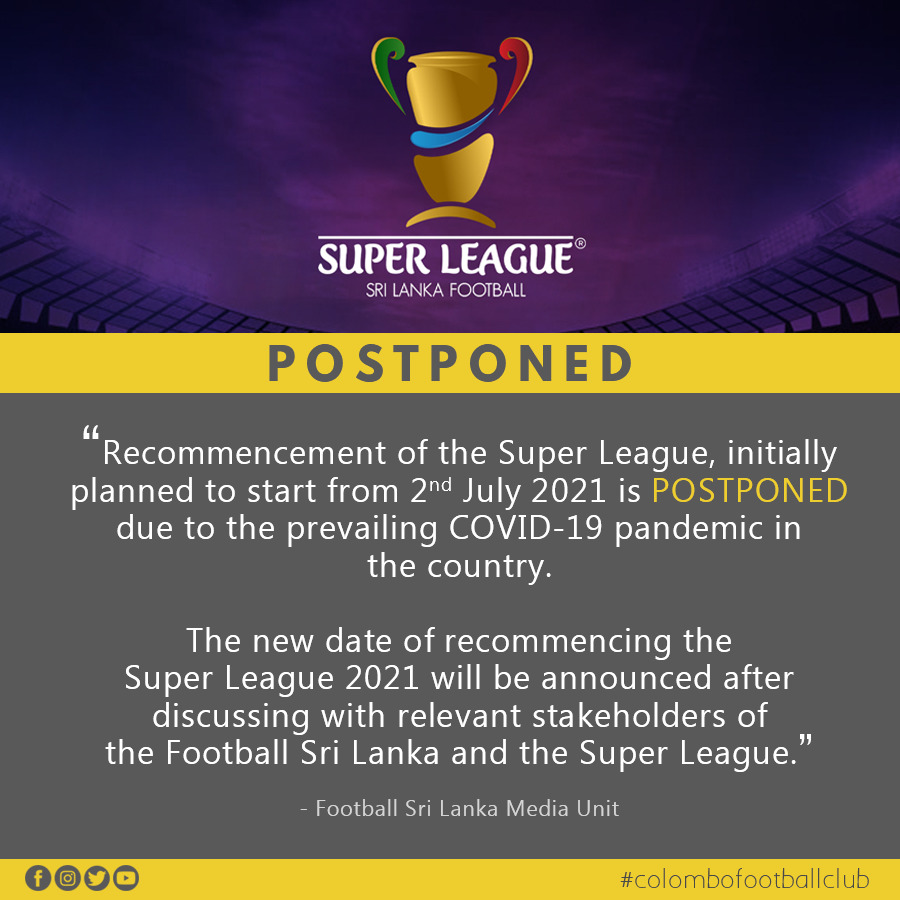 Colombo FC will be monitoring the situation carefully.