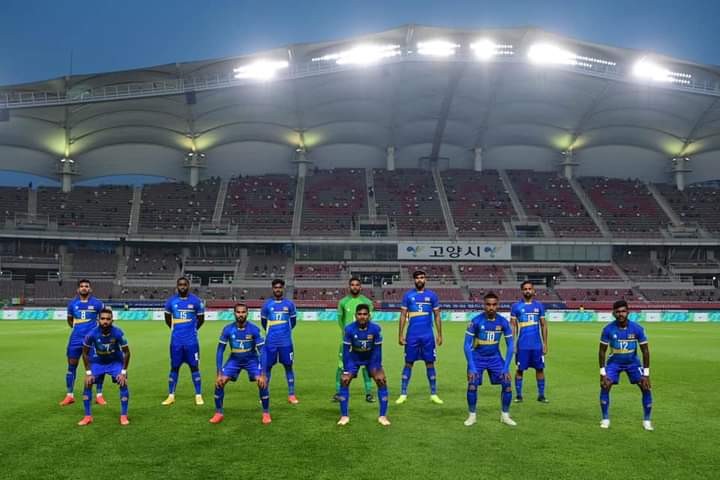 Sri Lanka required only a point to advance themselves into the qualification round of the Asian Cup 2023 against the host South Korea, fell drastically ending the World Cup Qualifier without a single point. Sri Lanka lost all the games they competed in the Qualification round.

After a positive display against Lebanon, Sri Lanka were determined to put up a show failed in hands of Korea. Things looked in favour for the Golden Army as Korea whom didn’t play Heuming son, their superstar.

The first goal for Korea came through S Kim in the 15th minute, and D Lee doubled the lead in 22nd. S Kim completed his brace through penalty in the 43rd minute going 3-0 at Half time. 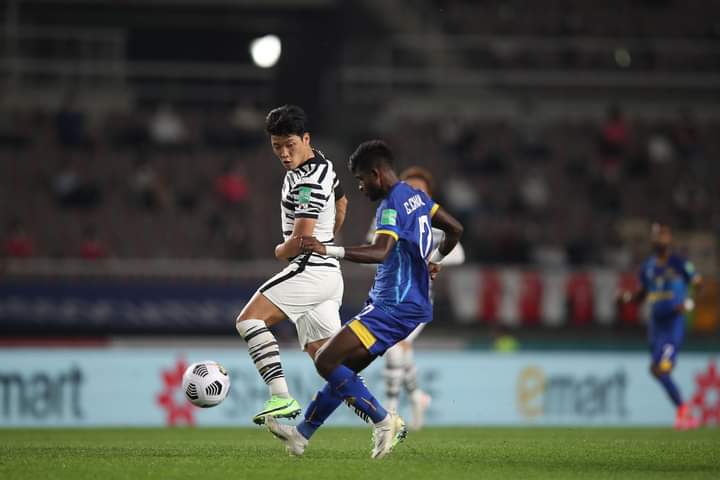 Sri lanka’s defense were completely beaten at the 53rd minute when H Hwang scored great goal to put Korea 4-0 and S Jung settled things for Korea in the 77th minute.

Sujan Perera played an exceptional game with gloves as usual however didn’t receive much support from his colleagues who looked dispare.

Positive outcomes for Sri Lanka was that the team is linking up day after another and showed fighting spirit till the final whistle.

Chamod, Chalana and Aakib all got the opportunity to play for Sri Lanka in this game however Charitha space was definitely missing in this game.

Sri Lanka will prepare for SAFF tournament next.