The new ramped Sri Lanka team took on Lebanon in their Group H fixture for the Fifa World Cup Qualifier and Asian Cup Qualifier. The game was played at the Goyang Stadium.

Sri Lankan who started the game with 5-4-1 were keen on holding Lebanon through out the game and counter attack. The plan was well executed through Waseem Razeek opened Sri Lanka’s count with a brilliant finish at the 8th minute.

Lebanon responded immediately by a goal through a brilliant cross which found J Oumari’s header. And yet again another goal came through similar manner , this time M Koudh finishing with a header through corner.

Sri Lankans were in the back gear with Lebanese quickly controlled the game holding on possession and took full control of the First half by scoring the third in the 44th minute. 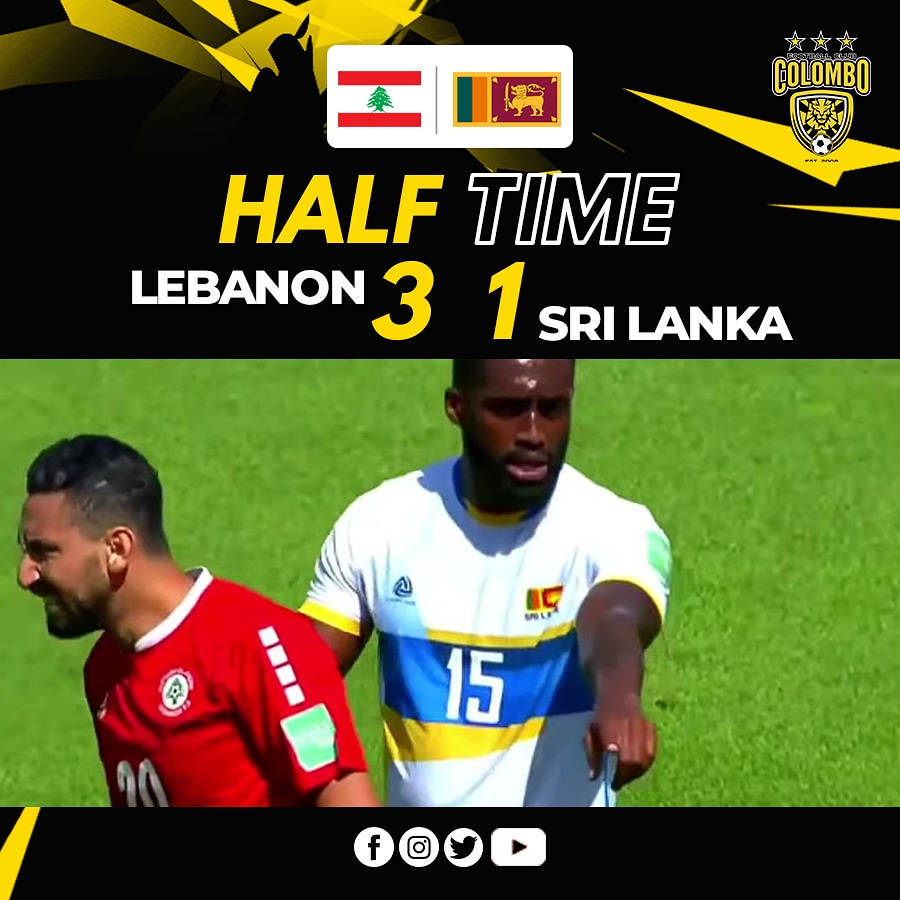 Dillon’s international experience helped quiet off as Sri Lanka began to attack well in the 2nd Half. Wazeem Razeel nearly scored the 2nd goal from a close range free kick which went passed knocking the woodwork.

A brilliant opportunity rose from Wazeem Razeek who dribbled passed in defenders and was tackled in the penalty box which Sri Lanka was Awarded.

He converted it with closing the gap 3-2.

Sooner Aakib and Chamod were brought to replace Kavindu and Charitha who helped to improve the pace of the game.

Dillon nearly equalized towards the later but was denied by the Lebanese keeper.