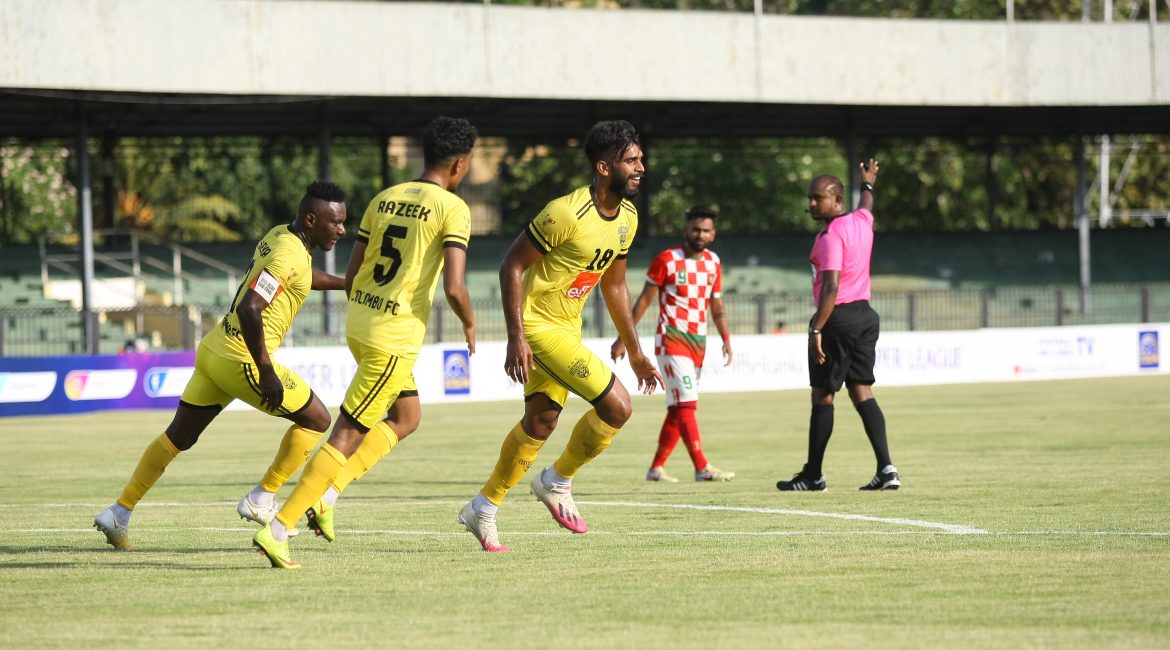 Colombo FC Recorded an emphatic win over New Youngs FC in the first Super League played at the Sugathadasa Stadium. A brace from Chamod, Zarwan and Seka helped Colombo to gain the 3 points and move to the top of the table. 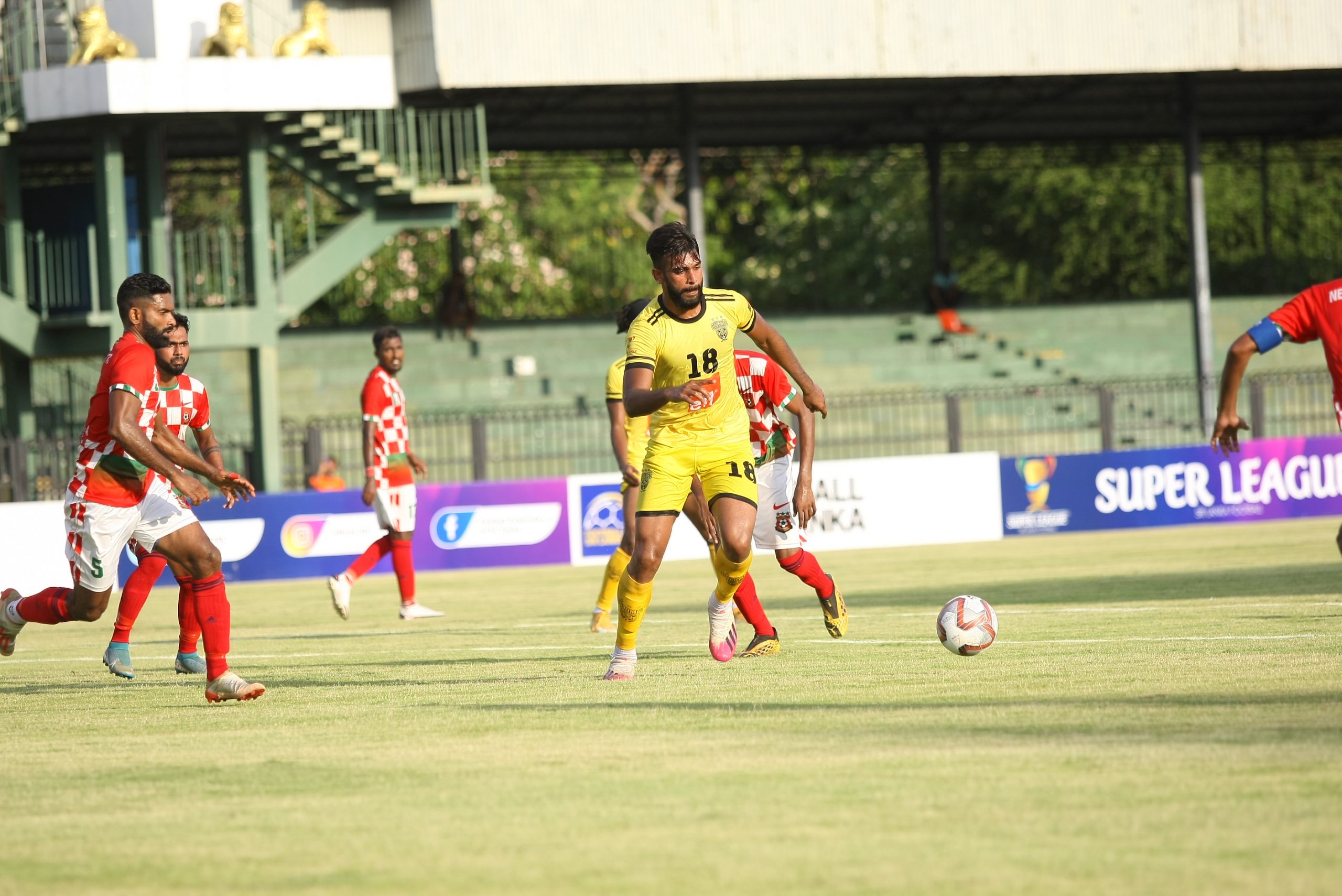 The game commenced at the 4.30 kick off with New Youngs kicking off proceedings.Trying early chances new young looked more dominating with ball possession. A well balanced defense back managed to hold on the team quite well.

In the 18th minute, through a free kick by Zarwan Johar found unmarked Chamodh Dilshan who headed in the first goal.

NYFC in the other end tried to use their main man Mohamadu Saiodou to break the deadlock but was contaminated well by Afeel Mohamed and Charitha Rathnayake. 1-0 at Half Time.

In the 2nd Half, a Dangeourous charge on new comer Mushakir Razeek by Dhanuska Rajapaksha earned Colombo FC a penalty. Zarwan stepped in and converted it to put Colombo 2-0.

Later in the play, a Brilliant Ball found Momas Yapo who danced passed 2 defenders scored the 3rd goal off a rebound from Dhanushka.

And the final goal came from a cross off Rawme Mohideen who found a Chamod Dilshan with an open post who converted it to make it 4-0.