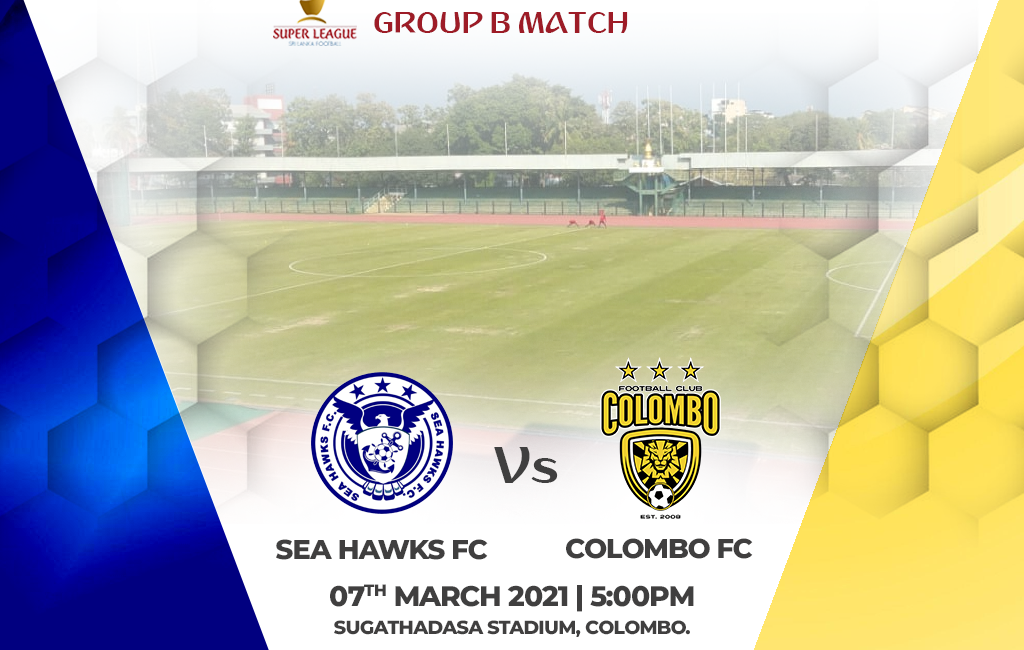 After a successful and steady stint in Group B, Colombo FC are all set to face the fancy Sea Hawks FC in their 3rd game scheduled in Match Week 3.

This will be the First 5’O clock Kick off for the Colombo Lions as they played both matches under lights previously. The Team has been practicing with the full squad as the national team players were given a week off from the National pool.

The Club Gaffer, Hassan Roomy is expected to play with his best XI for this games as well.

Sea Hawks FC (Previously Known to be Navy SC) consists of Young and Experienced Players. With their recent revamp of the squad and appointment of the Japanese coach Kenichi Yatsuhash, SHFC are expected to give a good fight to record a win against the unbeaten Colombo FC.

Colombo FC met Sea Hawks FC back in 2018 in the final day of the Dialog Champions League 2018 Season. Colombo FC recorded an emphatic 4-0 win in that game.

The Game will be on the 07th March 2021 at Sugathadasa Stadium.