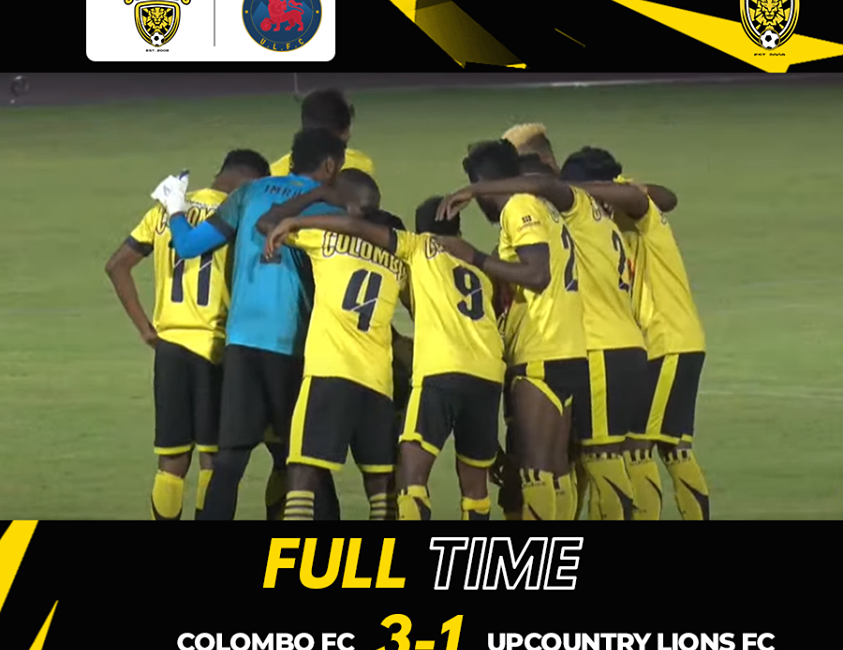 Colombo FC beat Up Country Lions 3-1 in their 2nd Game of the on going pre -season friendly.

The game was expected to be a thriller as both teams had majority of the Sri Lankan National Players and few iconic players as well. Despite no fans allowed in the stadium, this game had an amazing hype before the kick off.

The game kicked off at 8. 00 p.m and Colombo FC was led by our new skipper for the game, Momas Yapo.

In the 2nd minute, Zarwan Johar scored a brilliant free kick to put us 1-0 up. He found the top left bin beating the National Keeper Sujan Perera’s block. 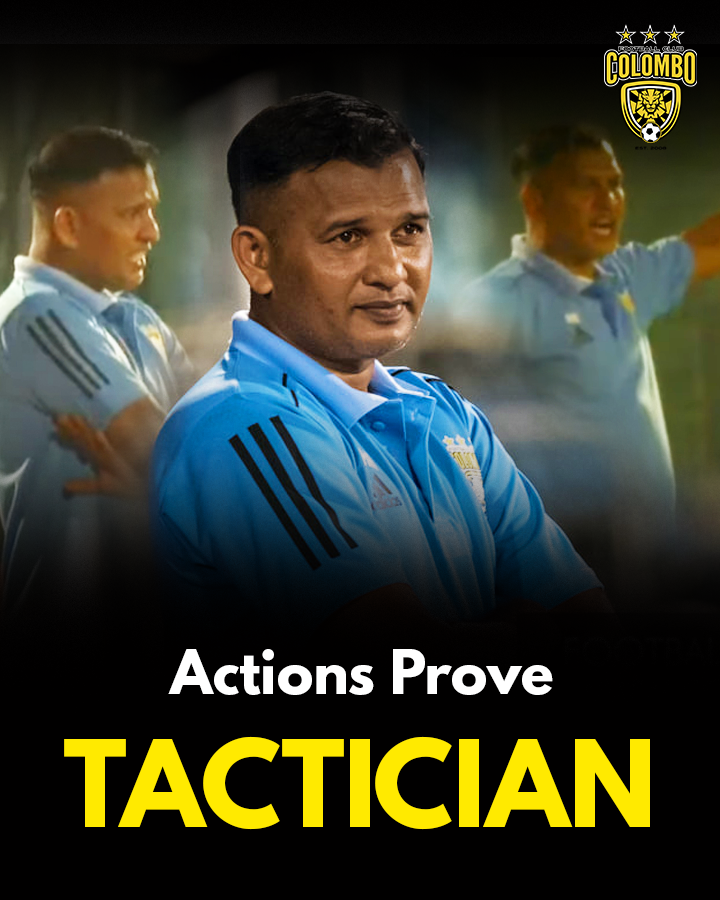 In the previous match, experiment of using Club’s main striker Bodric Dimitri as a Left back worked magnificently, which proved our gaffer Hassan Roomy as the master of tactics.

We managed to hold off the pacy Up country Attack Goal less end of First Half 1-0.

The match went equally well in the 2nd Half as planned, through a counter attack created by Zarwan Johar, Mohamed Aakib was able to find Shabeer Razooniya who tapped in the ball to put us 2-0 in the hour mark.

Once again at the 78th minute , We scored our 3rd through Chamod Dilshan sealing us the game.

However Up Country Lions came back in to the game by scoring their first goal in the latter part of the match and nearly scored their second as well but was denied by Mohamed Imran’s Brilliant Double Save.

At full time, Colombo FC went to secure their 2nd win off 2 game to stay unbeaten.