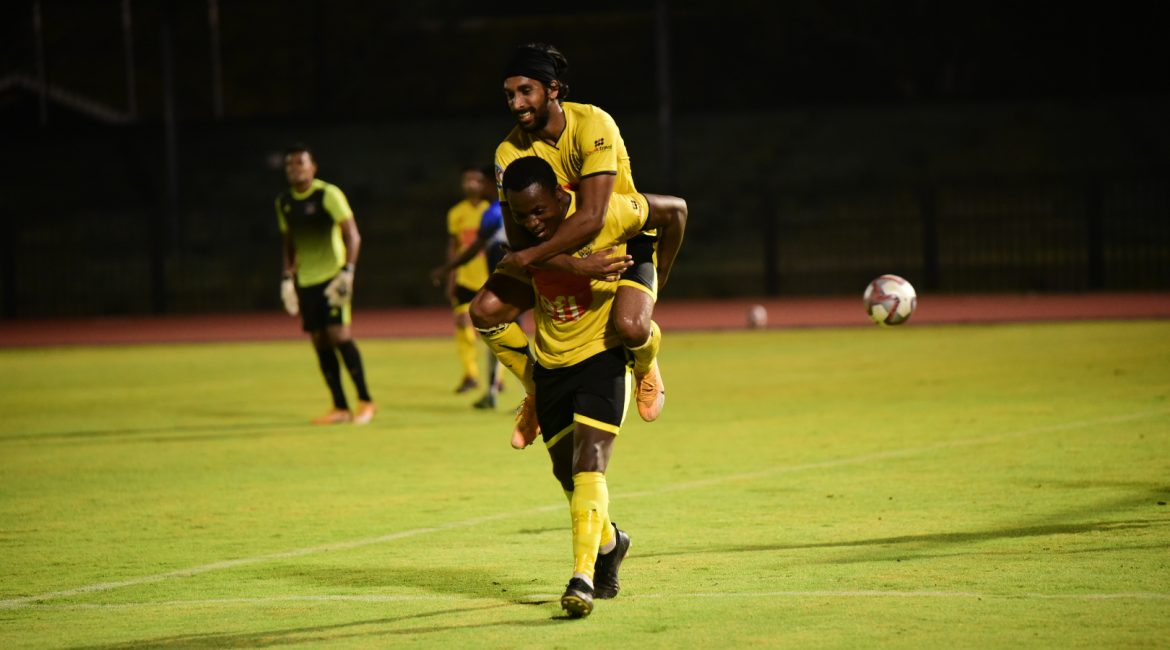 Colombo FC secured their first win in the pre seaon game against Blue Eagles which was played on the 18th February 2021 at the Sugathadasa Stadium under lights. Having played in the same venue five months after the FFSL President Cup 2020 Final, Both teams were determined to put out a game of high quality.

Colombo FC dominated in the early phase of the game with ball possession and quick passes. Mohamed Aakib and Bodric Dimitri had two early chances went begging when the ball knocked the wood work twice.

Nearly at the break, Shabeer Razooniya found Dimitri in the left flank open which he sent out a long pass that Dimitri finished it scoring the opener. (1-0).

The first substitution came through Siraj where he was replaced by the debutant Chamod Dilshan. Chamod played quite well for his game creating couple of chances for Colombo to take the lead by 2 goals,

At the 85th minute, Shabeer scored a header through a corner kick by Dimitri which gave the team comfortable 2-0 lead.

In the Full time, Colombo FC secured the win by 2-0.