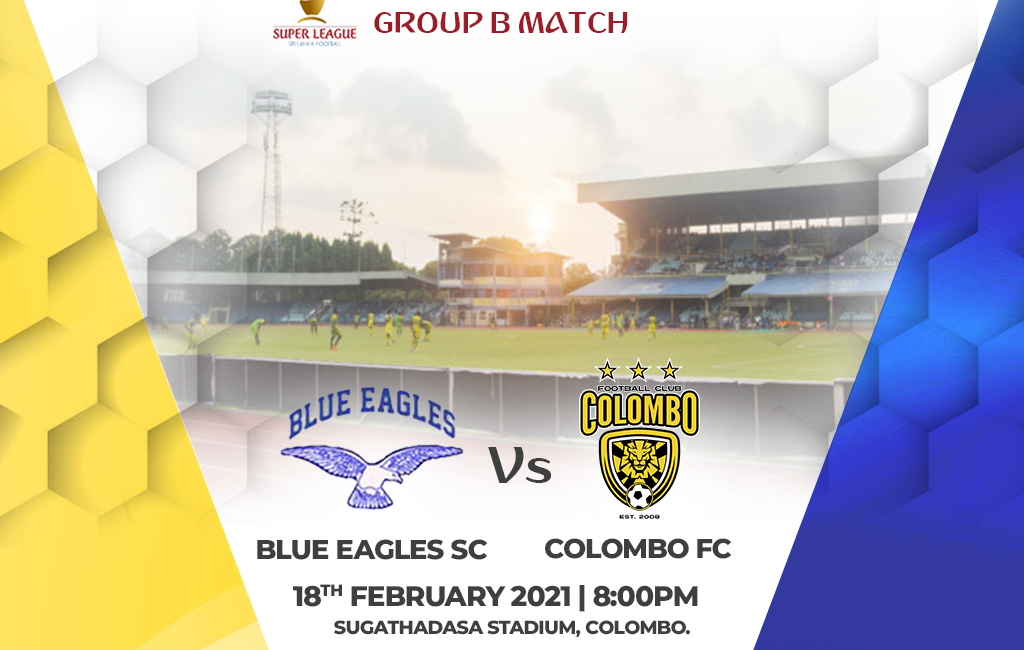 Colombo FC will face Blue Eagles SC in the first game of the pre-season on 18th Thursday at Sugathadasa Stadium. This will be the 2nd game on the day as the kick of will be at 8 p.m. Blue Eagles Sc previously known as ”SL Air Force SC”‘ has been always an entertaining opponent.
The two teams previously played in the Vantage FFSL President’s Cup Final in 2020 , in a game which Colombo FC went on to win the game 4-0 and also went on to win the Championship. Colombo FC will play remaining games with Up Country Lions FC, Sea Hawks FC and New Youngs FC, The Super League will commence on the 18th April 2021 as planned.