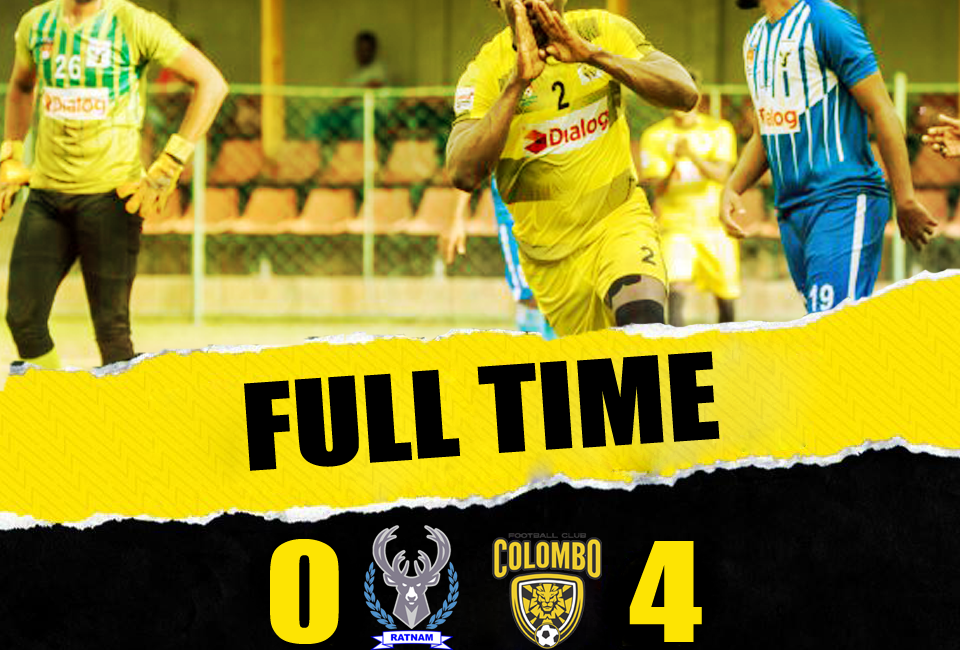 From the start, Colombo FC were able to dominate possession and create chances. Colombo FC broke the deadlock before the half-time whistle with Colombo FC’s Bodric Dimitri crossing a beautiful delivery into the penalty box from his free kick into Momas Yapo’s head whom then placed it into the Ratnam’s Goal in style.

Zarwan Johar also had a brilliant game even before he found the net in 64th minute of the game. After Colombo FC’s second goal Ratnam SC players started to be physical and hence their captain who was returning after a red card suspension, was shown a direct red card again for his horror tackle on Momas Yapo. Colombo FC sealed the game in the last five minutes of the game with two beautiful goals produced from Momas’s boots which completed his hat-trick, second one scoring through a Penalty.