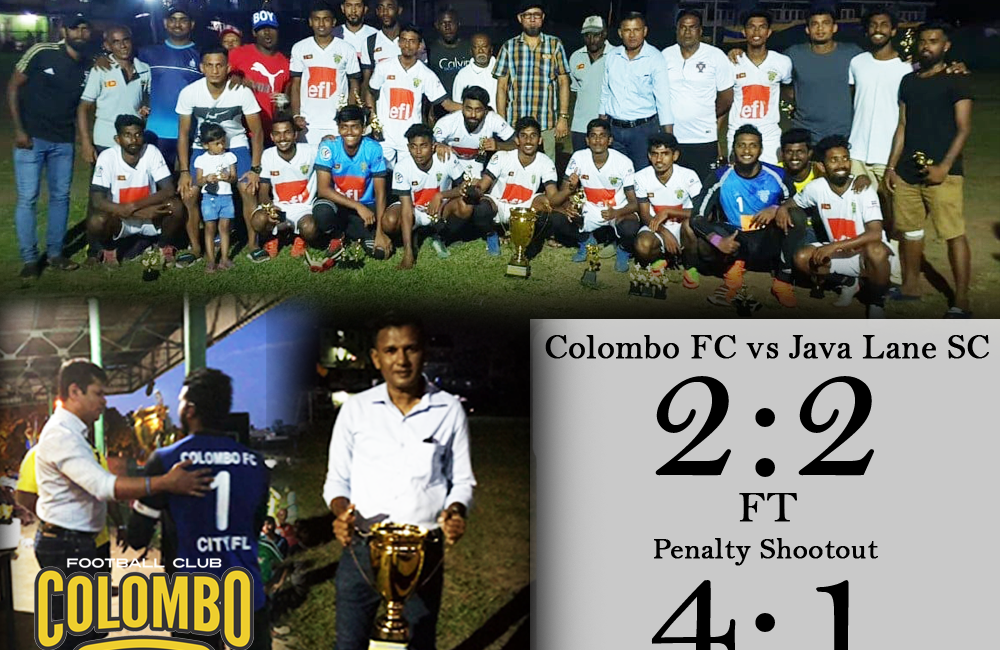 Sir, P.D. Sirisena is considered to be the godfather of Sri Lankan football. He was a phenomenal footballer with immense talent. One of the best footballers Sri Lanka has ever produced. He was a master of football thus, given the nickname, “Master”. He was he founder of Saunders FC and he was their coach for many year. He passed away on 18th December 2017.

In the memory of Sir, P.D. Sirisena and in celebration of Saunders SC 100th Year Anniversary Celebration, a friendly match between Colombo FC and Java Lane SC took place on 8th December 2018 at Price Park, Colombo to battle it out for the “Sir, P.D. Sirisena Memorial Cup 2018.”

Match was evenly contested with both teams allowing their new faces to take part in the match. At the 20th minute, Colombo FC were given a Red Card and thus, played with 10 players throughout the game.

Java Lane SC scored two goals in the first half to get them to a strong position. But Colombo FC counter attacked in the second half and equalized the game by scoring two goals.

Match went in to penalties and Colombo FC were the winners of the game with a penalty score of 4-1.

Mohamed Fazal was awarded Man of the Match.