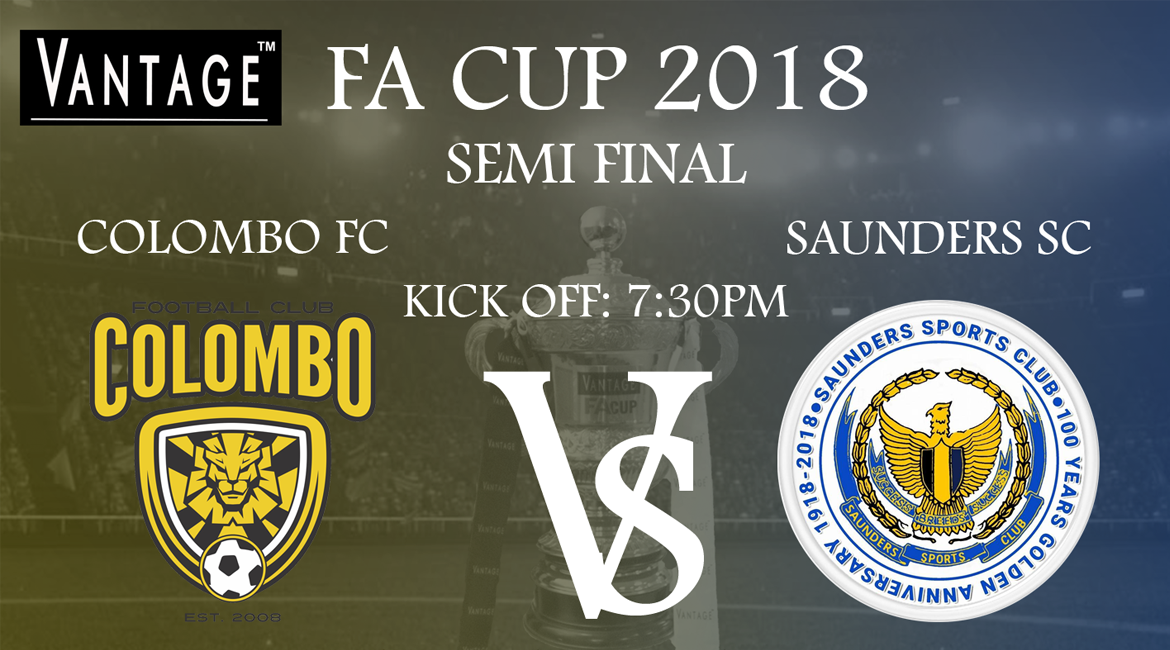 Yesterday evening was rather an unpleasant evening for Colombo FC fans as their heroes failed to get qualify for the FA Cup 2018 Final.

Saunders SC started the match with the first half kick-off and both teams looked pretty aggressive early on the match.

Half  Time finished with a score line of 0-0.

Colombo FC started the match after the Half Time with their kick-off.

85′ minute, Colombo FC player received a Yellow Card for a foul he committed.

94′ minute, Colombo FC player received a Yellow Card for a foul he committed.

Match ended with the scoreline of 0-2 Saunders SC winning the match.