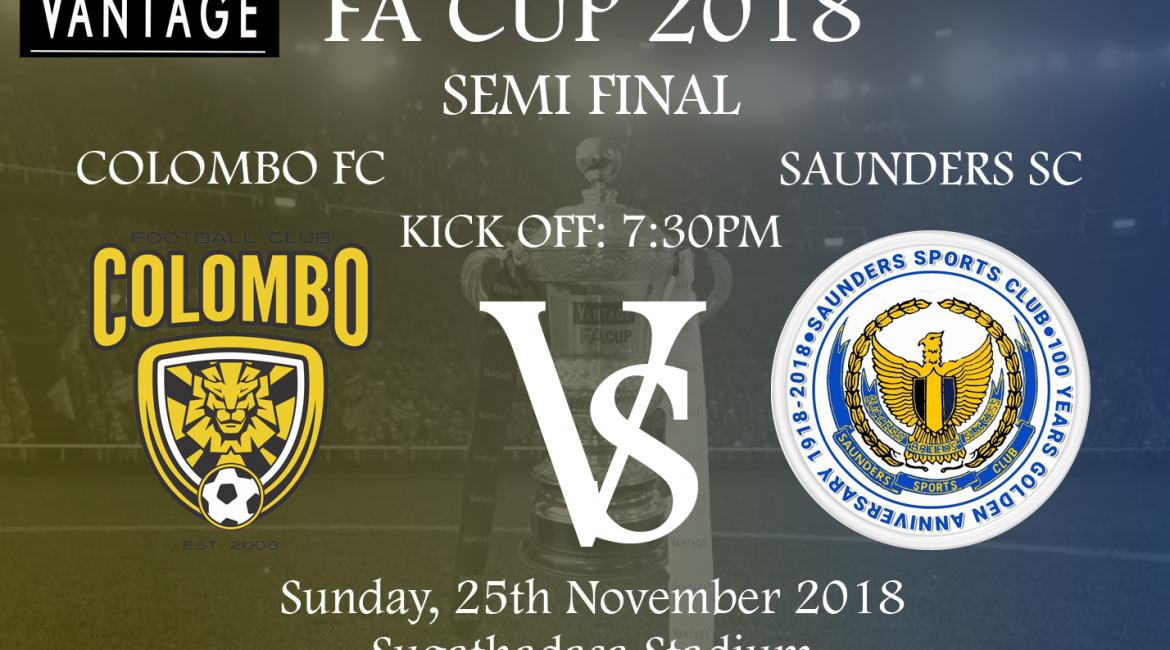 After months of preparations and contention, FA Cup 2018 has reached it’s Semi Finals stage. Both Semi Final matches will take place on 25th, November at the Sugathadasa Stadium.

We take a look back at our FA Cup history.

FA Cup 2009 was Colombo FC’s maiden FA Cup tournament and we lost out in the fourth round.

In FA Cup 2010 edition, Colombo FC reached Round of 16 stage but were defeated by Police SC 4-0. Colombo FC were in the Division III of Dialog Champions League at that time.

In 2014, We went on to the Semi Final stage only to be defeated by Army SC who went on to win the competition.

Same as 2014, 2016 was no different. Got defeated by Army SC again in the Semi Final round and Army SC were eventual champions of that edition. Colombo FC meet Saunders SC on their quest for the second FA Cup championship on Sunday at 7:30pm in the Sugathadasa Stadium.